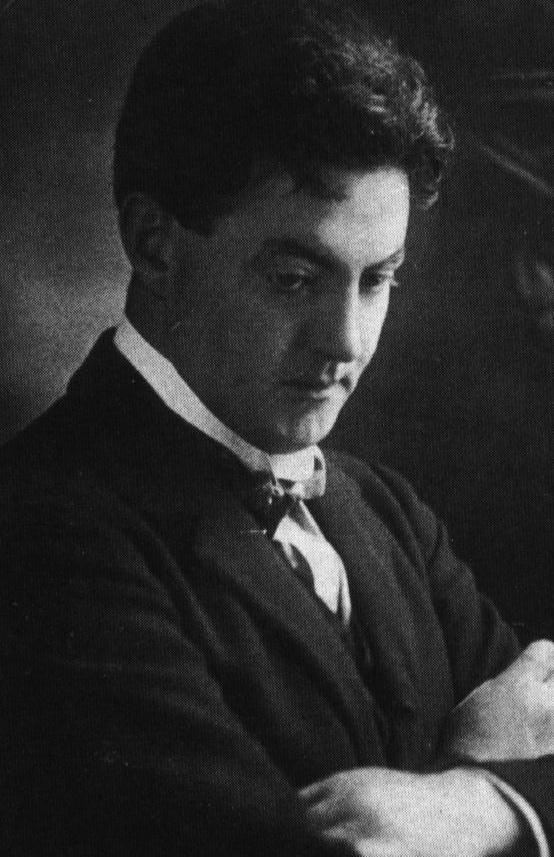 Herbert Hamilton Harty had a successful career in more than just one musical arena. […]

His musical training began with his father, an organist in the Northern Ireland village where he was born. […] Still a teenager, Harty was engaged as organist in Bray, near Dublin. While there, he first met the Italian composer Michele Esposito, professor of piano at the Royal Irish Academy of Music, who told Harty that his thumbs were too small for him to be a good pianist. However, after listening to Harty play, Esposito changed his mind and became a mentor to him.

In 1897, a national competitive music festival was started in Dublin, the Feis Ceoil, where Harty became the official accompanist. This was where he first accompanied and befriended John McCormack. Harty entered his own String Quartet, Op. 1, in the composition competition in 1900 and was met with praise from the press. He entered chamber or orchestral works annually after that, winning in 1904 for his Irish Symphony. He himself conducted the performance, receiving an ovation and admitting later that it was his first time conducting an orchestra.

[…]After the success of his conducting premiere, he began conducting in England. His compositions continued to win prizes. Harty and his wife, soprano Agnes Nicholls, presented Ode to a Nightingale […] at the 1907 Cardiff Festival. […]

He was named permanent conductor of the Hallé Orchestra in 1920. During his tenure, he […] expanded the orchestra's reputation throughout the country. He also conducted the English premieres of Mahler's Symphony No. 9 and Shostakovich's Symphony No. 1, as well as the world premiere of Constant Lambert's The Rio Grande. […]

From 1932 to 1935, he was conductor-in-chief of the London Symphony Orchestra, but it was felt that his box-office appeal wasn't enough to keep him on, despite his efforts to raise the performance standards of the orchestra. […]

He spent the remainder of his life guest conducting, despite the loss of his right eye from a brain tumor suffered in 1936. Harty's orchestral arrangements of Handel's Water Music suites and Music for the Royal Fireworks are concert staples. […] The Irish Symphony and The Comedy Overture (1906) remain his most popular and more frequently recorded pieces. He was well-enough thought of as a musician that he was knighted in 1925 and awarded the gold medal of the Royal Philharmonic Society of London in 1934.
Source: Allmusic