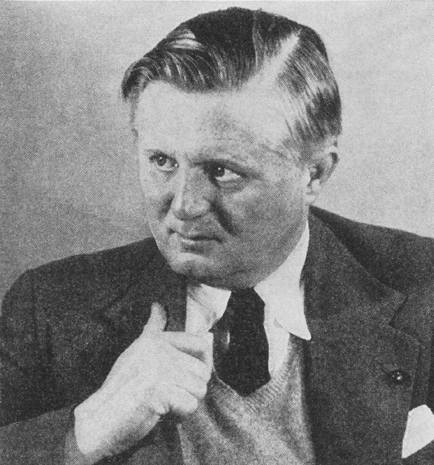 Fritz Busch was one the greatest German conductors of the first half of the twentieth century […]. His father was a former itinerant musician who became an instrument maker, and his brothers were violinist Adolf Busch and cellist Hermann Busch. Fritz Busch went to Cologne Conservatory in 1909, studying conducting with Steinbach.

The city of Aachen hired him as music director in 1912. He served there until the war began, enlisted, and returned at war's end to conducted the Municipal Opera. Six weeks later, he was appointed music director of the Stuttgart Opera. He quickly became famous for his performances and for the reforms he instituted to enlarge the repertory and discover new composers. […] Busch accepted a position with the Dresden State Opera, becoming music director in 1922. Among his premieres in the 11 years he remained there were Strauss' Intermezzo (1924) and Die Ägyptische Helena (1928), Hindemith's Cardillac (1926), Busoni's Doktor Faust (1925), and Weill's Der Protagonist (1926). He was credited with keeping Dresden at the highest level of German opera production with stagings that were often provocative […].

Busch was openly contemptuous of the new Nazi government that was appointed to power in Germany in 1933 and was fired from his Dresden post. At the Teatro Colón in Buenos Aires, he conducted the first complete performance of Bach's St. Matthew Passion ever given in the Americas. He returned to Europe, appearing with the Danish Radio Symphony Orchestra and the Stockholm Philharmonic, beginning a long-standing relationship with them. Then John Christie asked Busch to become music director of a summer opera festival at Glyndebourne, England. Busch accepted, bringing Ebert as artistic director. […]

With the outbreak of the war […], he withdrew mainly to South America, although he made appearances at the New York Philharmonic. […] He frequently conducted the Chicago Symphony from 1948 to 1950, and resumed his association with the Scandinavian orchestras in 1949 and at Glyndebourne in 1950. He returned to lead a few concerts in Austria (Vienna Staatsoper, 1950) and in Germany (Cologne and Hamburg, 1951).

He died in London, leaving several important recordings. The Busch Brothers Society private label has released several of them as part of a program to document the legacy of Busch, his two brothers, and the piano trio they often formed.