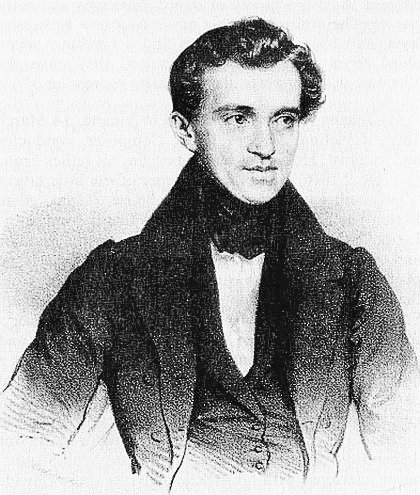 The revolution which flared in Vienna on 13th March 1848 was not the only threat that year to the stability of the Habsburg monarchy. Following a series of military engagements during spring and early summer, on 25 July 1848 the 82-year-old Commander-in-Chief of the Imperial army, Johann Joseph Wenzel, Count Radetzky of Radetz (1766-1858), led his troops to decisive victory over Piedmontese forces at Custozza. With Radetzky's army in pursuit the Italians withdrew to Milan, where Charles Albert endured a hostile demonstration before returning to Piedmont. On 6 August Radetzky entered Milan: three days later Austria and Piedmont concluded an armistice, with the latter agreeing to evacuate Lombardy and Venetia. In Vienna itself, still gripped by revolution, this significant military event was greeted with rejoicing by those loyal to the Habsburg monarchy. One such loyalist was the enterprising Friedrich Pelikan, who functioned both as an official responsible for selling uncollected items from the government-owned pawnbrokers and as the owner of the 'Café-Pavilion' on the Vienna Wasserglacis (formerly situated between the present-day Weihburggasse and Johannesgasse in Vienna's 1st district, this was cleared away in 1861). Together with the lighting specialist Carl Hirsch, Pelikan seized upon Radetzky's victory to organise for the evening of 31 August 1848 in his 'Café-Pavilion' on the broad, green expanse of the Wasserglacis a "Grand Impressive Victory Festival, with Allegorical and Symbolic Representation and Exceptional Illuminations, in Honour of our Courageous Army in Italy, and for the Benefit of the Wounded Soldiers". The handbills of 31 August advertising that day's celebration also announced that "Imperial-Royal Court Ball Music Director Johann Strauss will conduct the music and will have the honour to perform, among several other piece, also a new march entitled 'Radetzky-Marsch', composed in honour of the great Commander-in-Chief and dedicated to the Imperial-Royal Army". According to Strauss's friend and fellow musician, Philipp Fahrbach senior (1815-85), the anticipated march was still not ready on the afternoon of 13 August. Nevertheless, with Fahrbach's coercion and help, Strauss committed the new work to paper in just two hours. The success of the Radetzky-Marsch was evident from the first. The Wiener Allgemeine Theaterzeitzung, reporting on the first performance in its edition of 2 September, observed: "This imposing festival, which took place on the Wasserglacis the day before yesterday, 31 August, was one of the finest this year. [...] Particularly the new 'Radetzky-Marsch' by Strauss was very well received, and upon tempestuous demand had to be repeated twice".

I use this as my alarm in the morning. It works. Enjoy! :)