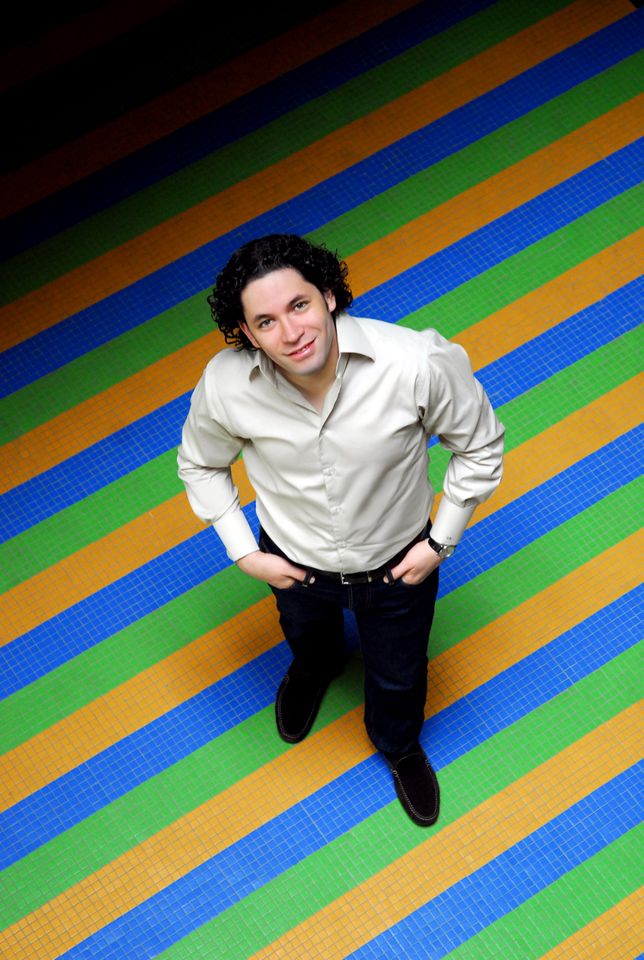 Dudamel was born in Barquisimeto, Venezuela, the son of a trombonist and a voice teacher. He studied music from an early age, becoming involved with El Sistema, the famous Venezuelan musical education program, and took up the violin at age ten. He soon began to study composition. He attended the Jacinto Lara Conservatory, where José Luis Jiménez was among his violin teachers. He then went on to work with José Francisco del Castillo at the Latin-American Violin Academy.

Dudamel began to study conducting in 1995, first with Rodolfo Saglimbeni, then later with José Antonio Abreu. In 1999, he was appointed music director of the Orquesta Sinfónica Simón Bolívar, the national youth orchestra of Venezuela, and toured several countries. He attended Charles Dutoit's master class in Buenos Aires in 2002, and worked as assistant for Simon Rattle in Berlin and Salzburg in 2003.

Dudamel made his debut at La Scala, Milan, with Don Giovanni in November 2006. On September 10, 2007, he conducted the Vienna Philharmonic Orchestra for the first time at the Lucerne Festival. On April 16, 2007 he conducted the Stuttgart Radio Symphony Orchestra in a concert in commemoration of the 80th birthday of Pope Benedict XVI, with Hilary Hahn as solo violinist, with the Pope and many other church dignitaries among the audience.

Dudamel made his US conducting debut with the Los Angeles Philharmonic (LAP) at the Hollywood Bowl on September 13, 2005 in a program consisting of "La Noche de los Mayas" by Silvestre Revueltas and the Tchaikovsky Symphony No. 5.

In April 2007, during a guest conducting engagement with the Chicago Symphony Orchestra, Dudamel was named the LAP's next music director as of the 2009–2010 season. His initial contract in Los Angeles was for five years, beginning in September 2009.

Gramophone, the British classical music magazine, named Dudamel its 2011 Gramophone Artist of the Year. On February 12, 2012, Dudamel won a Grammy Award for Best Orchestral Performance, for his recording of Brahms Symphony No. 4 for the label Deutsche Grammophon.

Dudamel married Eloísa Maturén, in 2006 in Caracas. They have a son, Martín Dudamel Maturén, a U.S. citizen. In March 2015, the couple filed papers for divorce. Source: Wikipedia