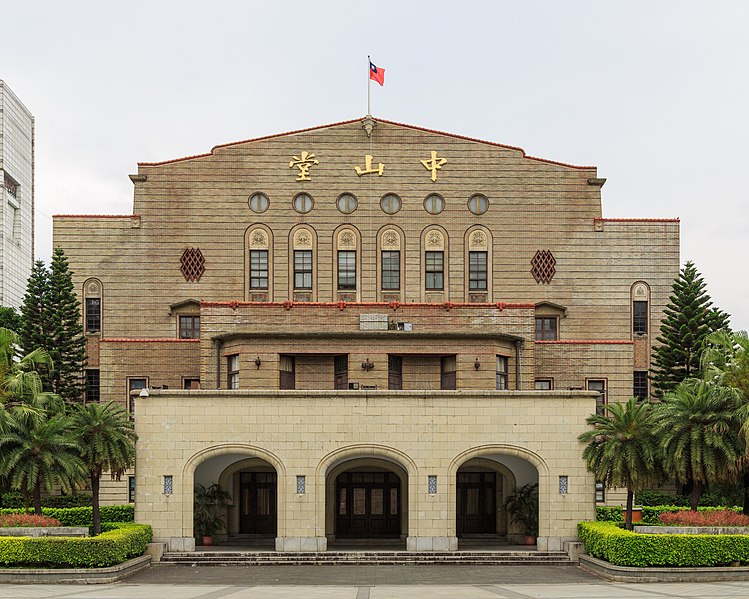 Zhongshan Hall (Chinese: 中山 ; pinyin: Zhōngshān Táng) is a historical building which originally functioned as the Taipei (Taihoku) City Public Auditorium (public hall). It is located at 98 Yanping South Road in the Ximending neighborhood of Zhongzheng District, Taipei, Taiwan. In 1992, it was recognized by the government as a historic site. (Wikipedia)