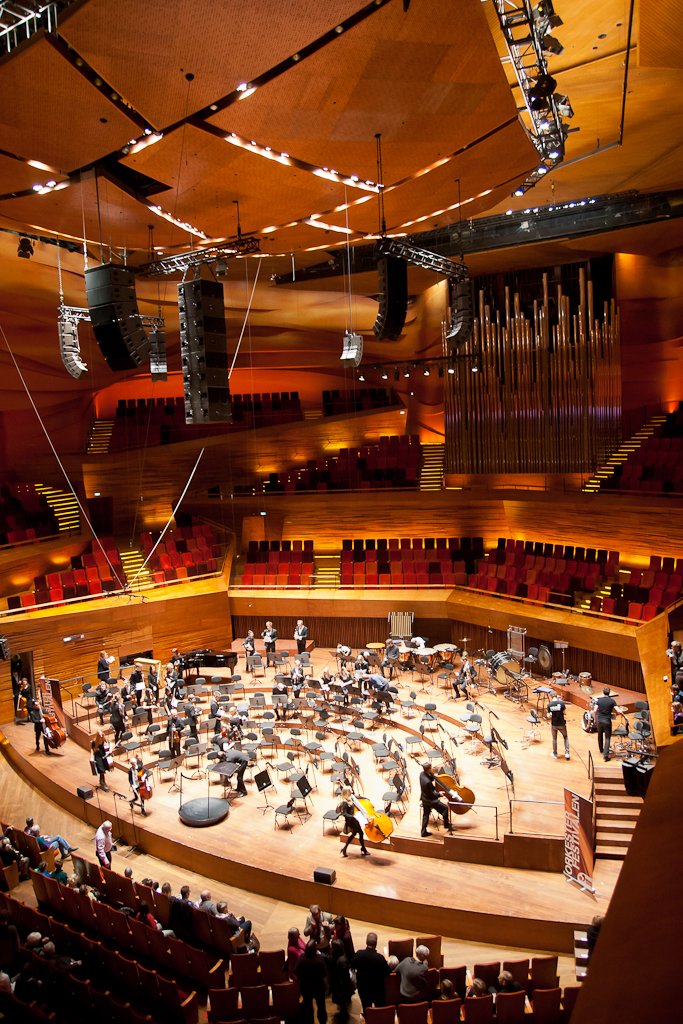 DR Koncerthuset (previously Copenhagen Concert Hall in English) by Jean Nouvel is a part of the new DR Byen (DR Town), that houses the Danish Broadcasting Corporation, DR. The concert hall and the DR Town are located in the northern part of Ørestad – an ambitious development area in Copenhagen, Denmark. The concert complex consists of four halls with the main auditorium seating 1,800 people. It is the home of the Danish National Symphony Orchestra. With a total surface of 25,000 m², the concert hall complex designed by Jean Nouvel includes a concert hall of 1800 people and three recording studios with variable acoustics. The scenography of the concert hall and three recording studios was designed with dUCKS scéno. The acoustic studies were realized by Nagata Acoustics. The construction, begun in February, 2003, was finished in January, 2009. The Queen of Denmark inaugurated the venue on January 17, 2009. (Wikipedia)