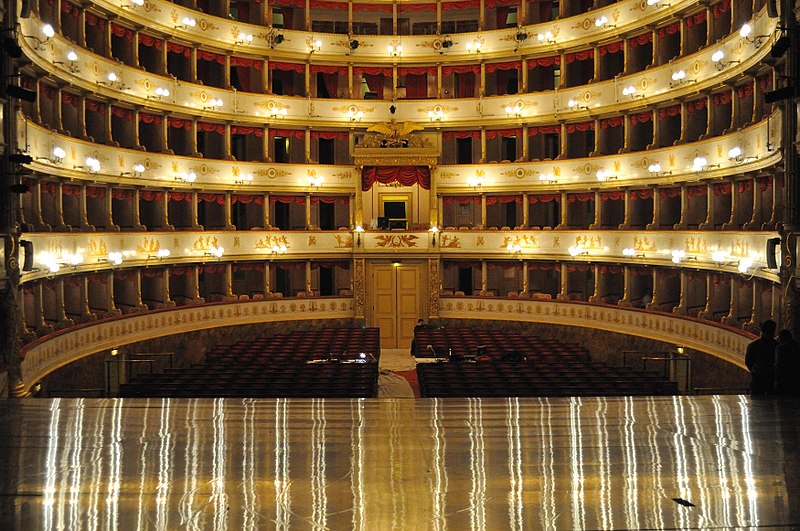 The Teatro Comunale di Modena (Community Theatre of Modena, but renamed in October 2007 as Teatro Comunale Luciano Pavarotti) is an opera house in the town of Modena, (Emilia-Romagna province), Italy. The idea for the creation of the present theatre dates from 1838, when it became apparent that the then-existing Teatro Comunale di via Emilia (in dual private and public ownership) was no longer suitable for staging opera. However, this house had been the venue for presentations of all of the works of Donizetti, Bellini and Rossini up to this time, and a flourishing operatic culture existed in Modena. (Wikipedia)