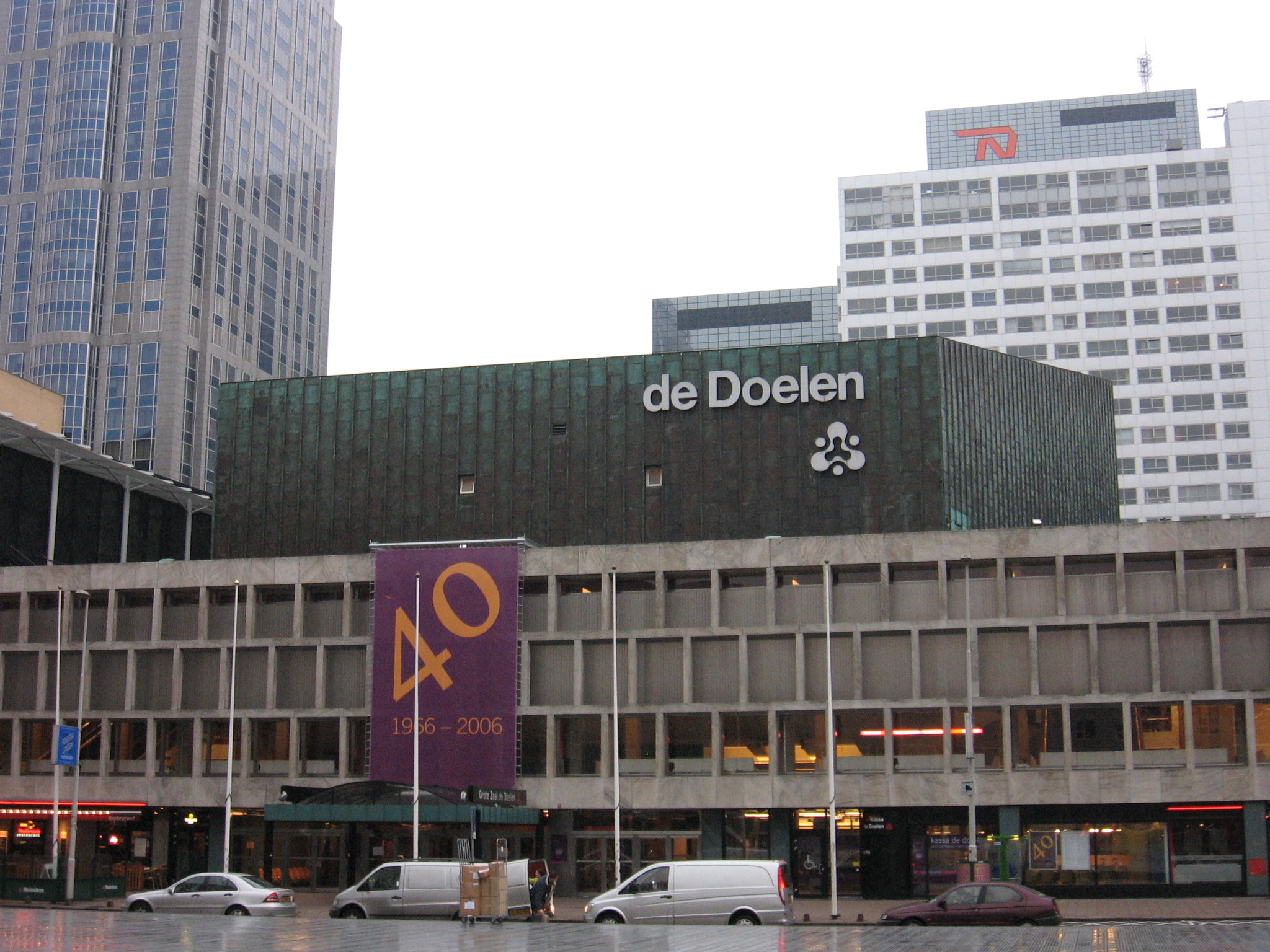 De Doelen is a concert venue and convention centre in Rotterdam, Netherlands. It was originally built in 1934 but then destroyed in 1940 during the German bombardment of Rotterdam in May 1940 at the outset of World War II. It was rebuilt in 1966, originally with one hall to which two more were added in the 1990s. (Wikipedia)