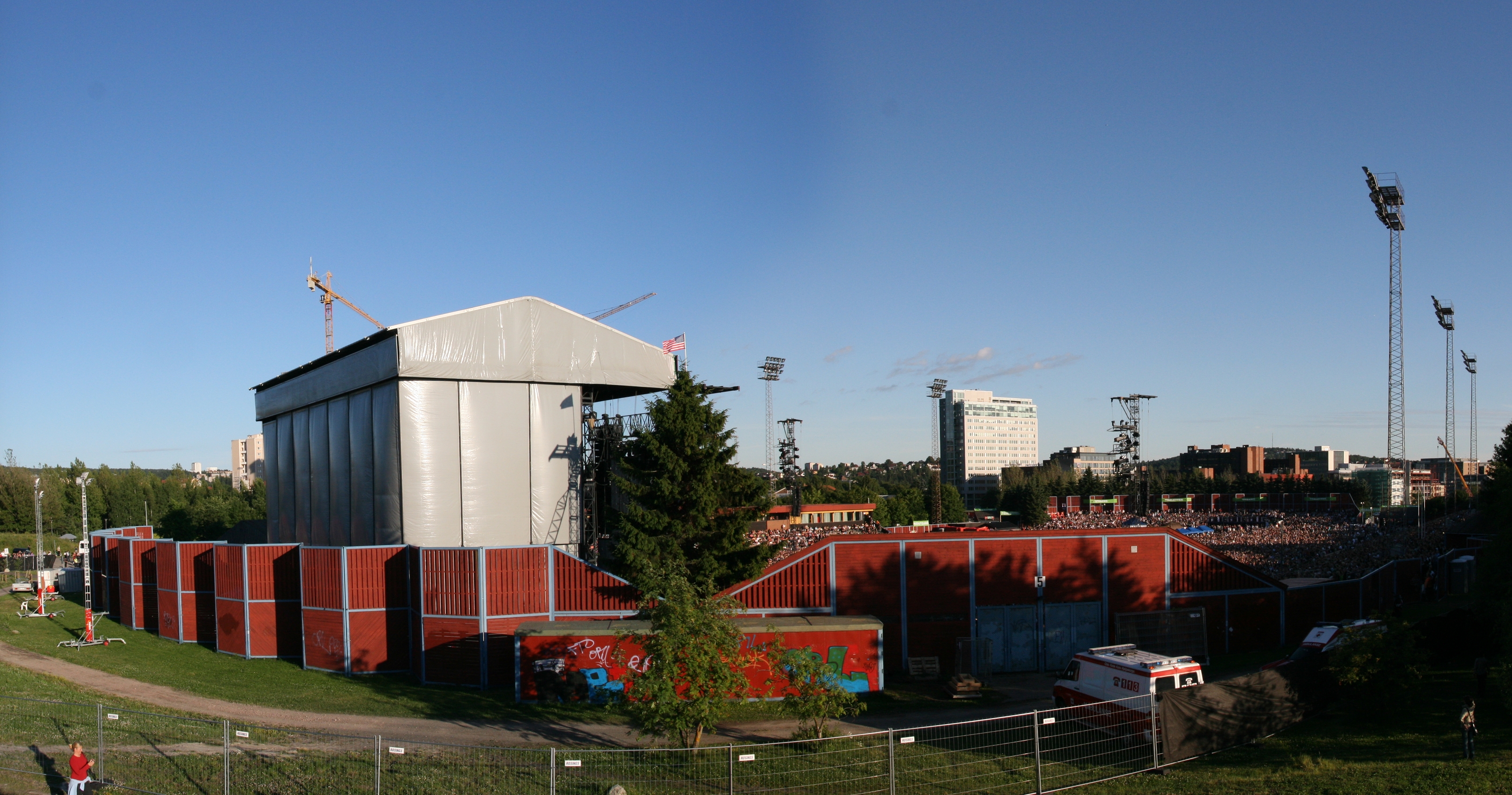 As a concert venue Valle Hovin can hold at least 40,000 people, many of whom stand on the concrete floor where the rink is laid in winter. Many internationally famous popular music acts have appeared there, the first one being Tina Turner on 20 June 1987. Prior to a June 1995 expansion, the concert capacity was 30,000. As a concert venue it is not always thought of as best, due to lack of seating and limited sightlines once well back in the crowd, but it offers larger capacity than the indoor Oslo Spektrum and is sometimes deemed preferable to Ullevaal Stadion due to having a concrete floor that cannot be damaged by stage and moving equipment as can that football ground's more delicate turf. (Wikipedia)