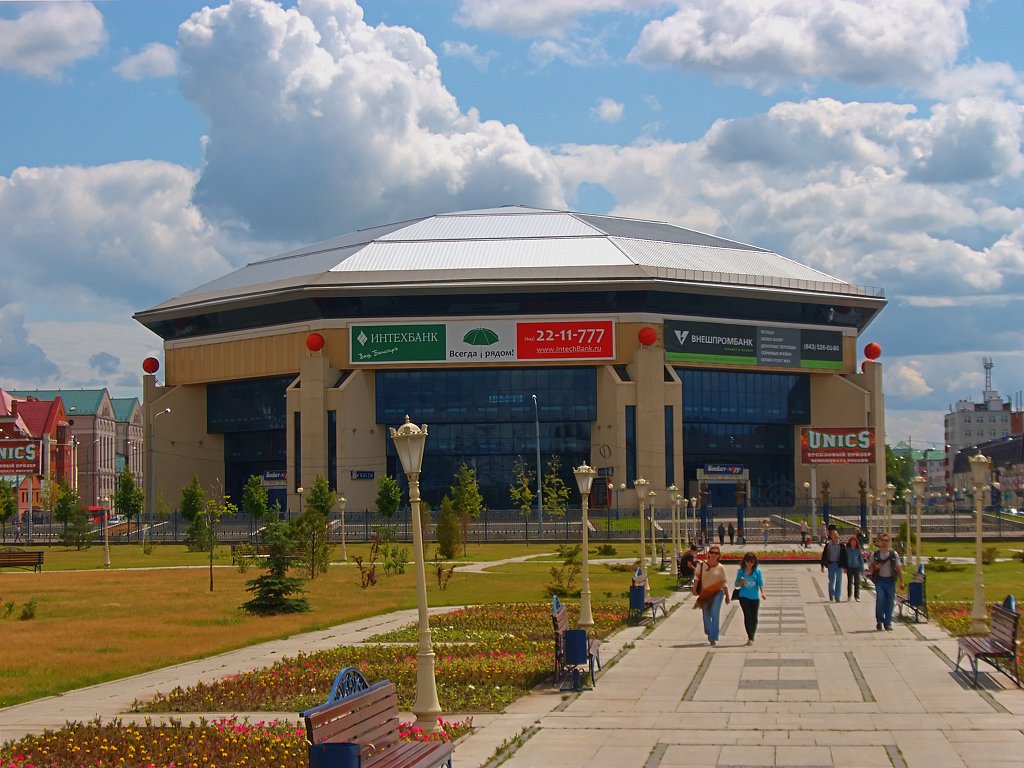 The arena opened in August 2003, at a construction cost of $14 million. In 2011, it hosted the 2011 European Weightlifting Championships. Basket-Hall was also a venue of the 2013 Summer Universiade. The arena has been used as the regular home arena of the Russian VTB United League basketball club UNICS Kazan. It was also previously used by the Russian volleyball club VC Zenit Kazan. (Wikipedia)