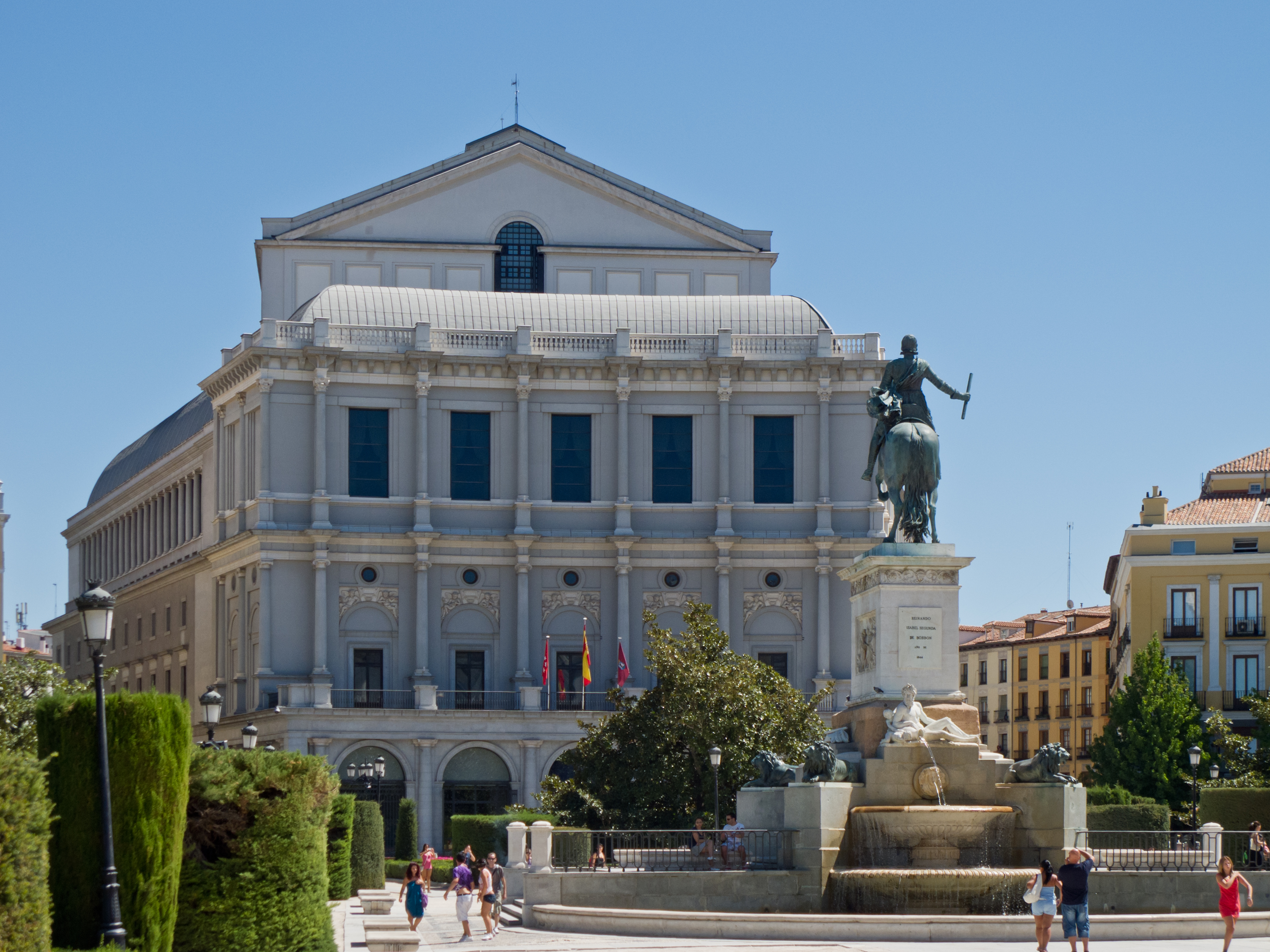 Teatro Real (Royal Theatre) or simply El Real, as it is known colloquially, is a major opera house located in Madrid. Founded in 1818 and inaugurated on 19 November 1850, it closed in 1925 and reopened in 1966. Beginning in 1988 it underwent major refurbishing and renovation works and finally reopened in 1997 with a capacity of 1,746 seats. Today the Teatro Real opera is one of the great theaters of Europe hosting large productions involving leading international figures in opera singing, musical direction, stage direction and dance. The theater offers visitors guided tours in several languages, including the auditorium, stage, workshops and rehearsal rooms. (Wikipedia)