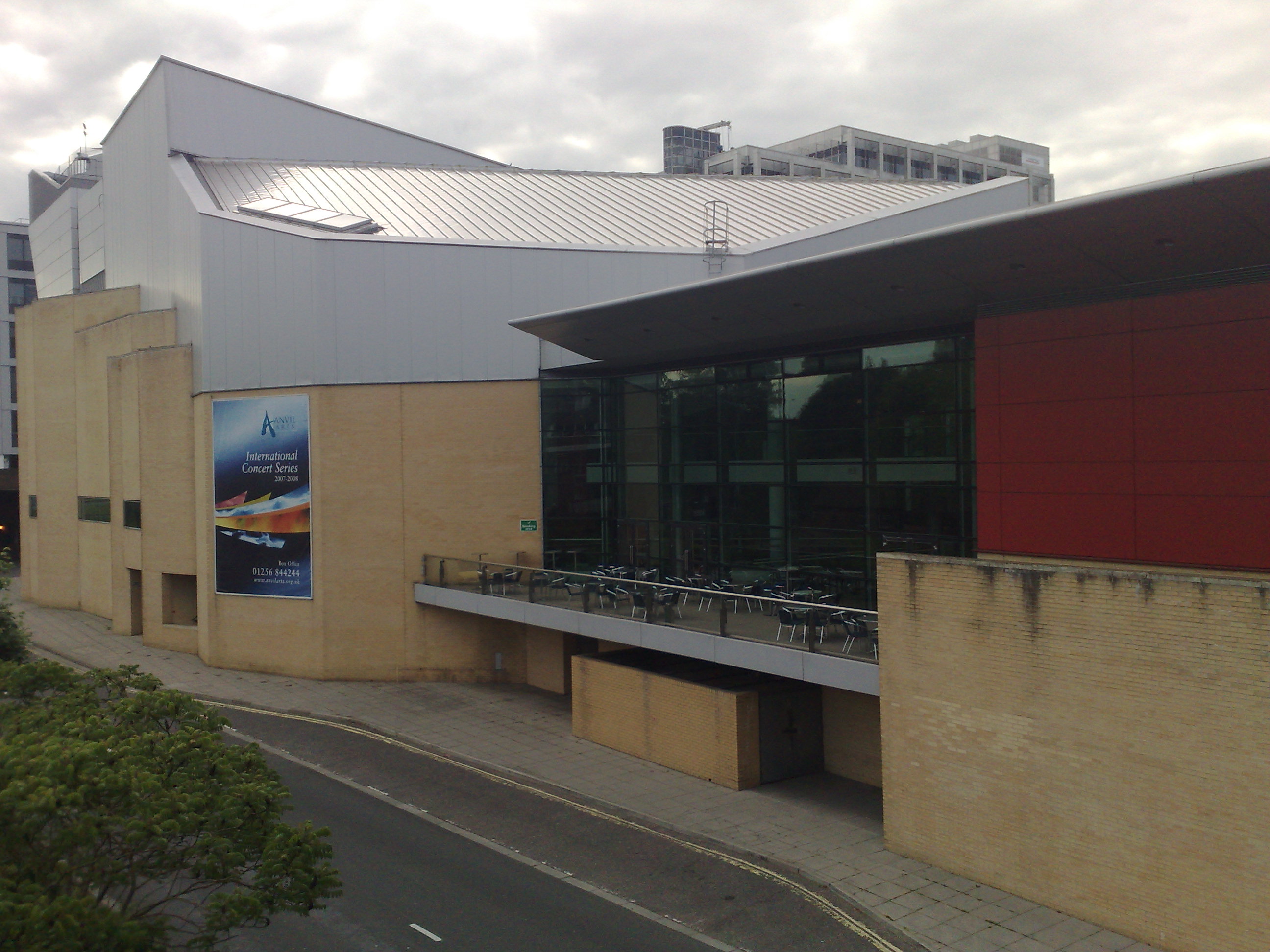 Built on a site originally set aside for the third phase of Basingstoke's shopping centre, The Anvil was built to tackle what was then seen as a 'cultural desert' in the Basingstoke area. The aim of the project was to raise the profile of the Borough and to establish it as a major regional centre with a range of first class facilities. Twenty years since its opening, it is still not exactly clear how effectively these aims have been fulfilled, but the Hall seems quite popular within the local area. The building's name reflects its unusual shape, particularly when seen from the western approach as it vaguely resembles the horn end of a traditional blacksmith's anvil. It has also been likened to the bow of a ship. (Wikipedia)