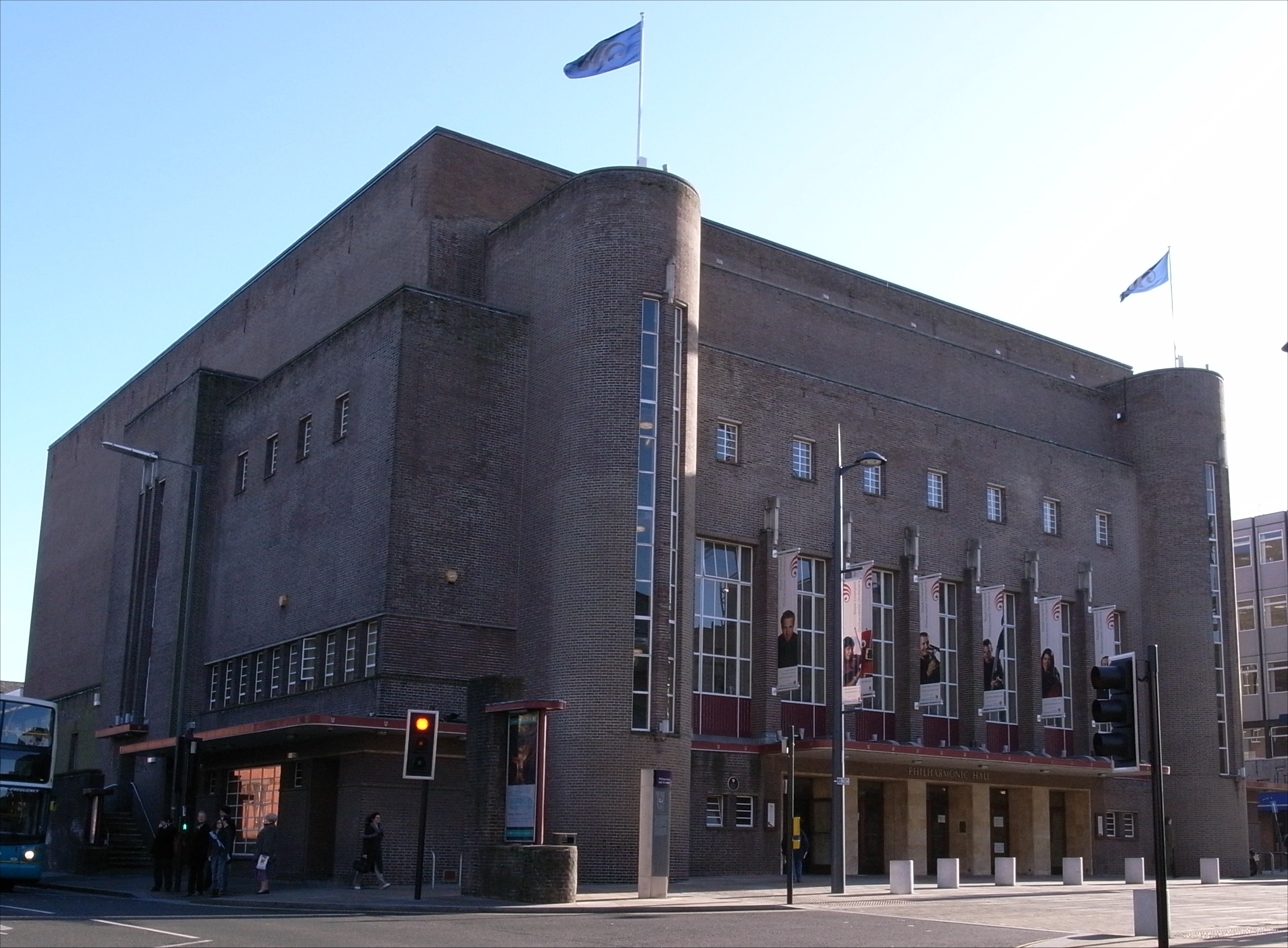 Liverpool Philharmonic Hall is a concert hall in Hope Street, in Liverpool, England. It is the home of the Royal Liverpool Philharmonic Society and is recorded in the National Heritage List for England as a designated Grade II* listed building. It is not the original concert hall on the present site; its predecessor was destroyed by fire in 1933 and the present hall was opened in 1939. (Wikipedia)