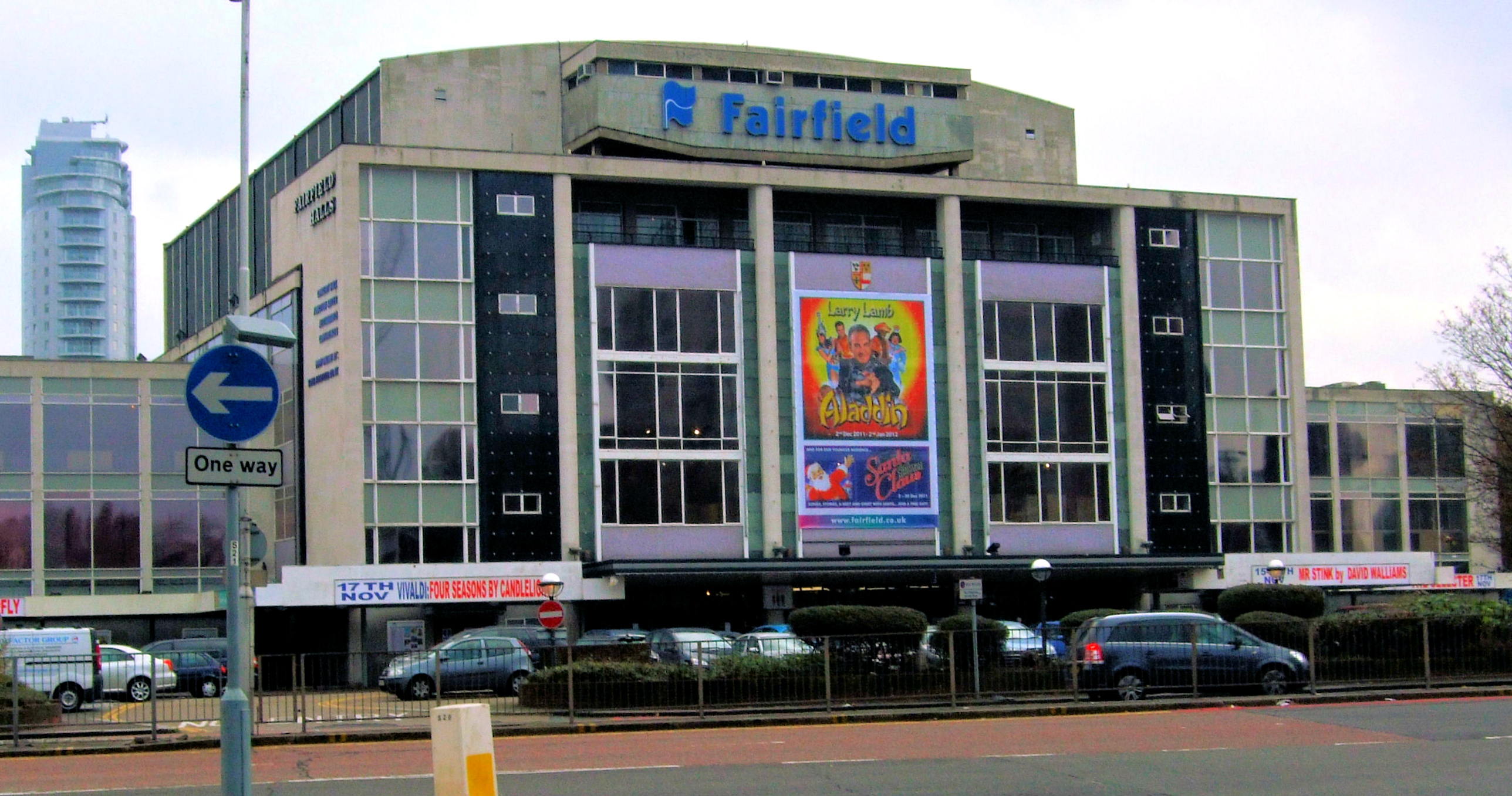 Fairfield Halls is an arts, entertainment and conference centre located in Croydon, London. It opened in 1962 and contains a theatre and gallery, and the large concert hall has been regularly used for BBC television, radio and orchestral recordings. Fairfield Halls for a £30 million redevelopment in July 2016, and is due to reopen by end March 2019. (Wikipedia)