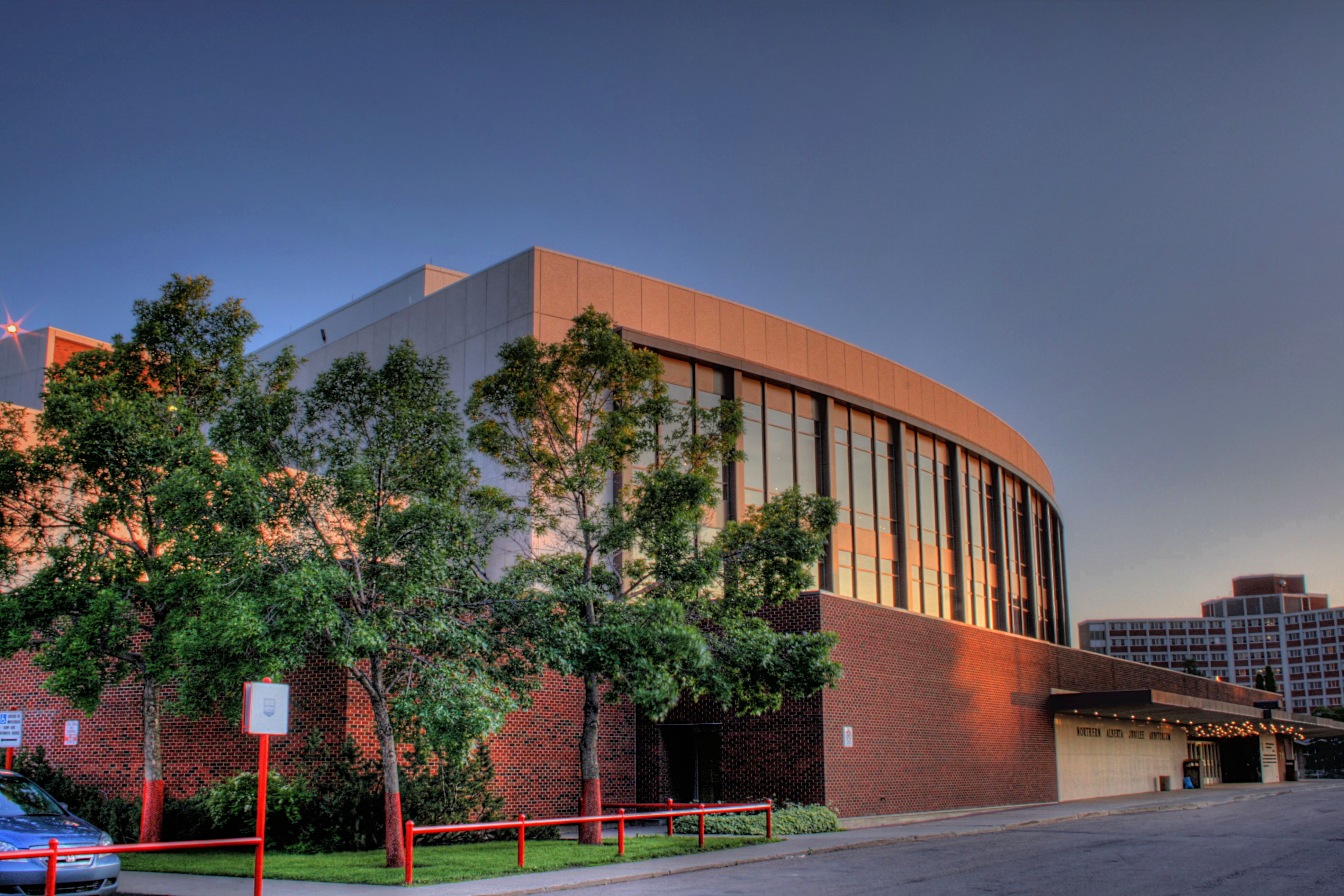 The auditorium was built in 1955, on a 13-acre (53,000 m2) site adjacent to the University of Alberta to celebrate the 50th anniversary of Alberta. It is owned and operated by the Government of Alberta. The Jubilee is home to the Edmonton Opera, Canada's Ukrainian Shumka Dancers and the Alberta Ballet. For many years it has hosted Broadway shows, stand-up comedians, theatre productions, bands, orchestras, dance festivals and awards ceremonies. (Wikipedia)