Chan Centre for the Performing Arts 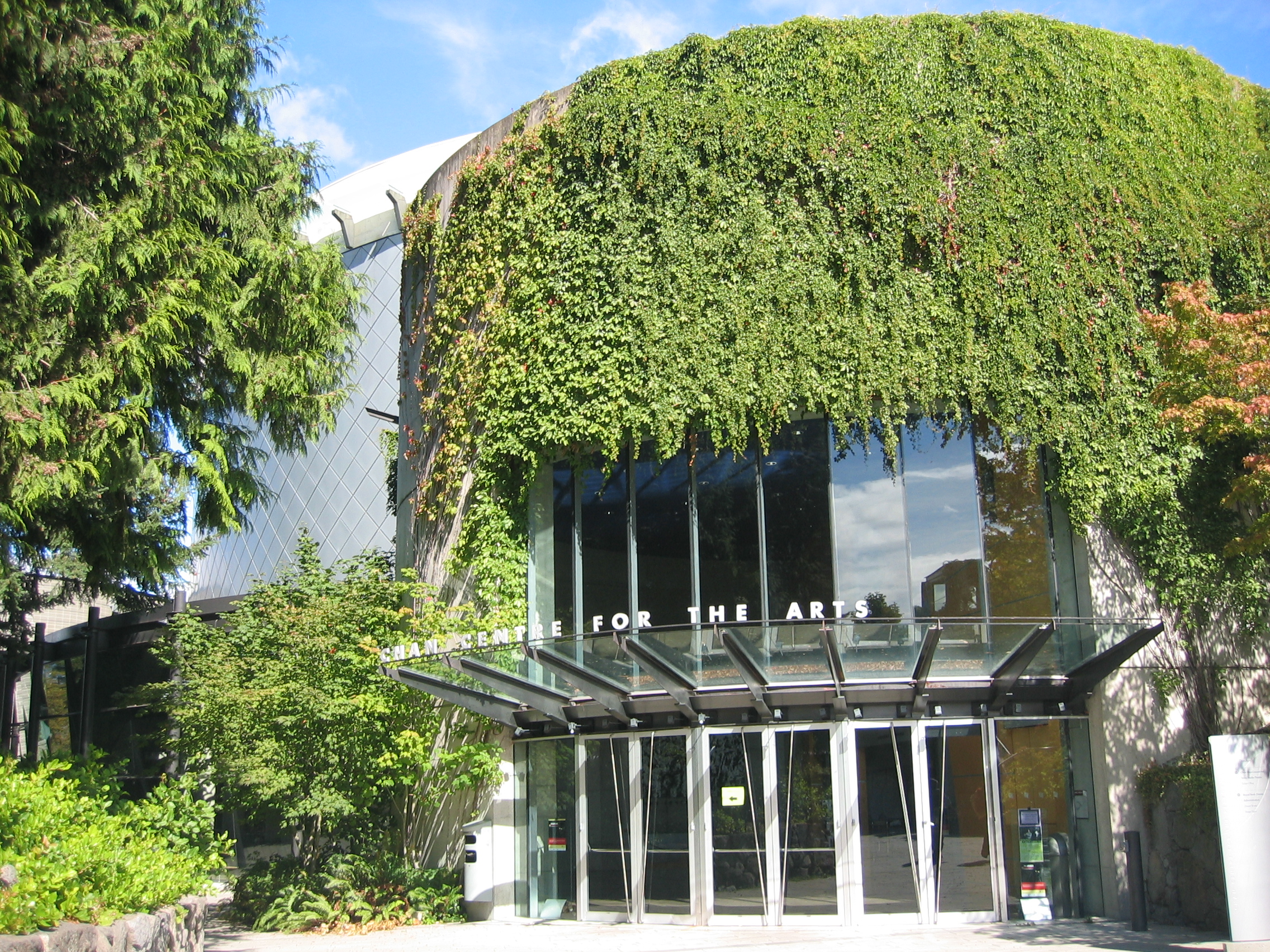 The Chan Centre for the Performing Arts is located on the campus of the University of British Columbia in Vancouver, British Columbia, Canada. It is situated within the natural landscape of the campus and is surrounded by evergreens and rhododendrons. This state of the art performing arts venue holds the 1,200-seat Chan Shun Concert Hall, the flexible-seating Telus Studio Theatre, the 160-seat Royal Bank Cinema, the Great Performers Lounge, and a glass lobby. Completed in 1997, the Chan Centre hosts classes, rehearsals and performances for a variety of the UBC departments of music, film and theatre as well as a diverse, yearly performing arts season that attracts audiences from all over the Lower Mainland. (Wikipedia)