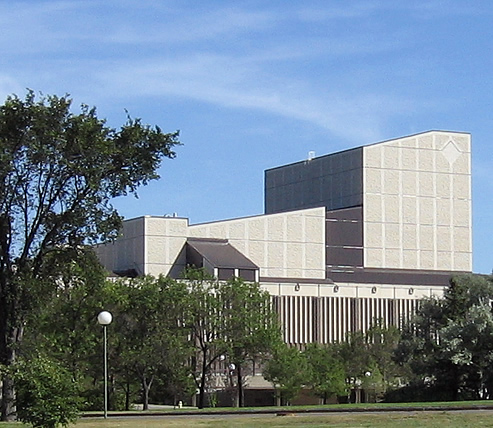 The Conexus Arts Centre, known from 1970 till 2006 (and still largely known) as the Saskatchewan Centre of the Arts, is a theatre complex located within Wascana Centre in Regina, Saskatchewan, which largely replaces former theatres downtown and Darke Hall on the original campus of Regina College, also in Wascana Centre but north of Wascana Lake. Naming of the Venue as Conexus Arts Centre was possible through a Partner/Sponsor Agreement with the Conexus Credit Union. (Wikipedia)