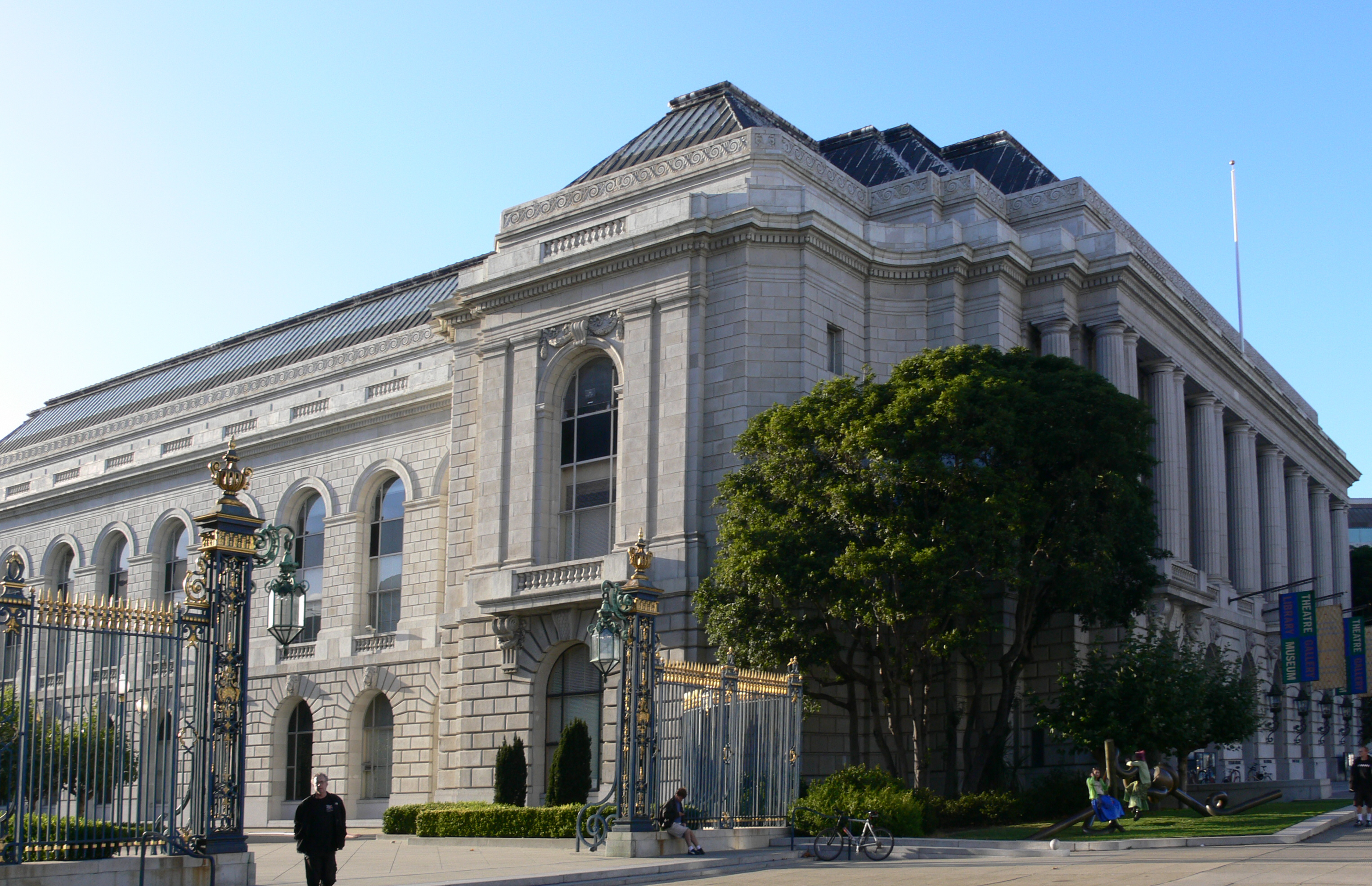 The complex was developed in the 1920s on two blocks on Van Ness Avenue facing San Francisco City Hall from the west. The "War Memorial" name commemorates all the people who served in the First World War, which ended seven years before the project commenced. It was designed by Arthur Brown Jr in 1927-1928, and is one of the last Beaux-Arts style structures erected in the United States. The project resulted in the construction of a matched pair of buildings across a formal courtyard park: the War Memorial Opera House; and the multi-purpose Veterans Building next door. Both were completed and opened in 1932. (Wikipedia)