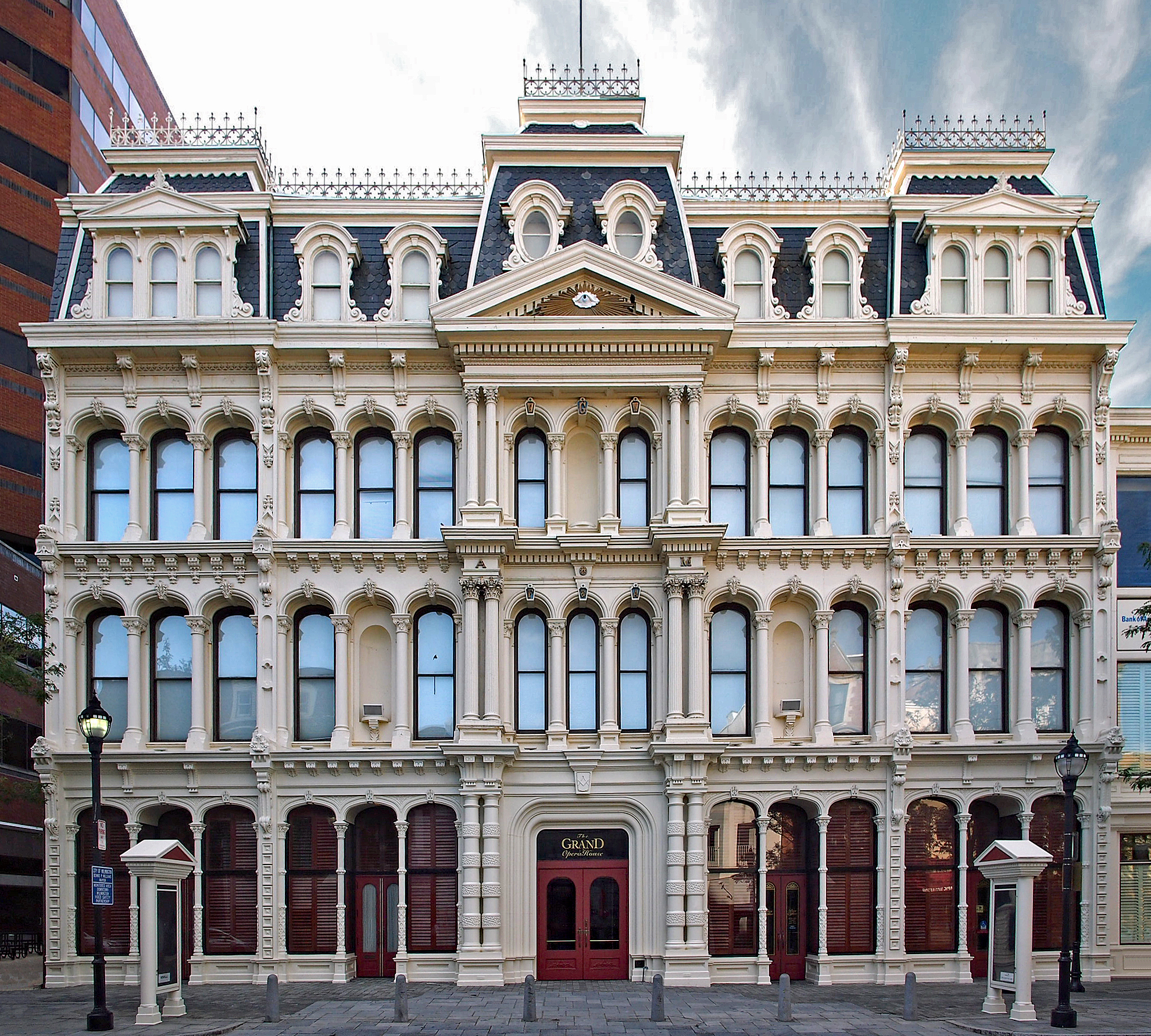 The Grand Opera House, also known as The Grand or Masonic Hall and Grand Theater, is a 1,208-seat theater for the performing arts in Wilmington, Delaware, United States. The four-story building was built in 1871 by the Delaware Grand Lodge of Masons to serve as a Masonic Temple and auditorium. The construction cost was $100,000. It was designed in Second Empire style by Baltimore architect Thomas Dixon and incorporates symbolism from Freemasonry into the cast-iron facade. Its central pediment contains an Eye of Providence. (Wikipedia)