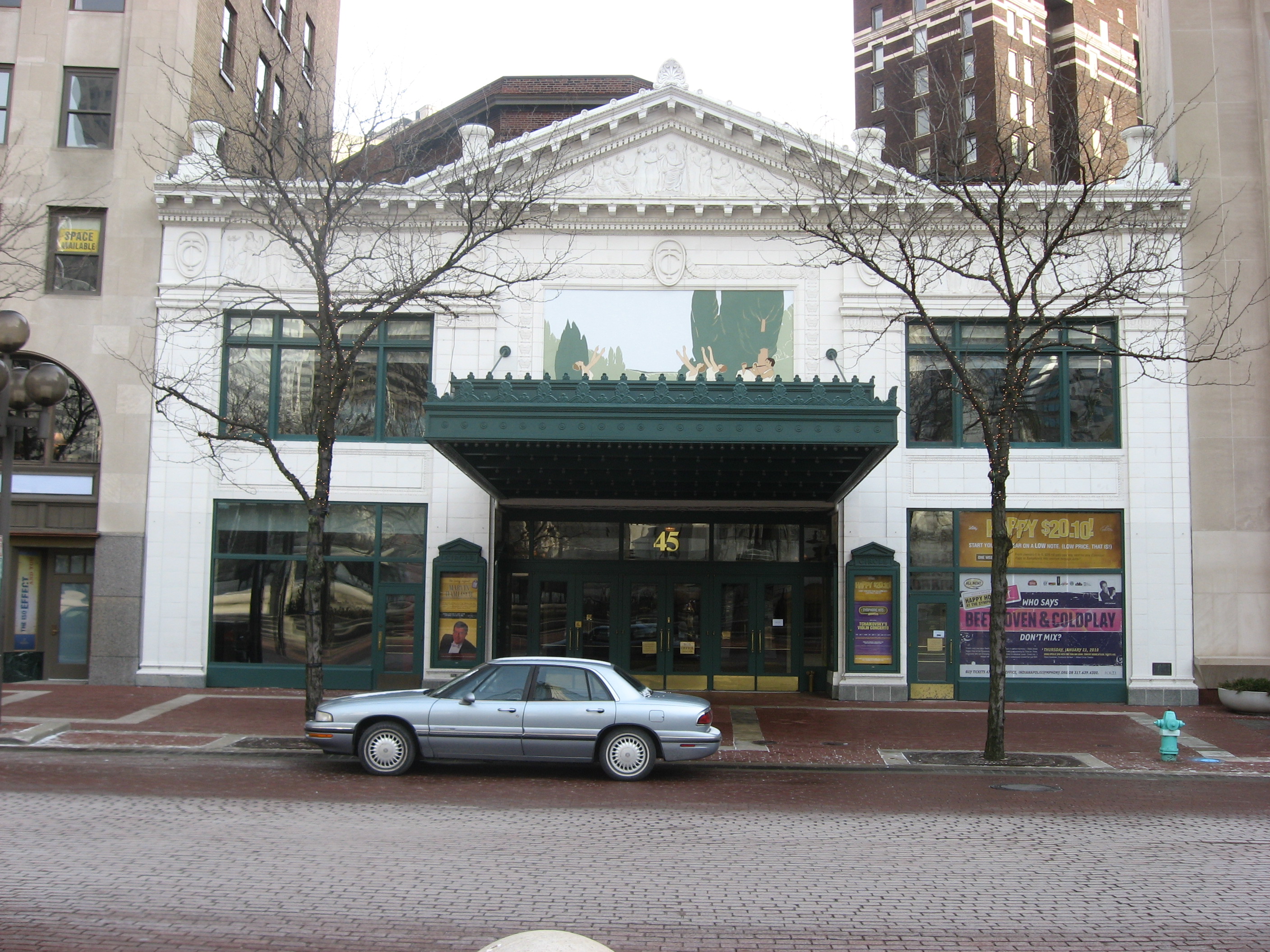 The Hilbert Circle Theatre, originally called the Circle Theater, is in Indianapolis, Indiana, on Monument Circle. It was built in 1916 and consists of a Neoclassical style, white glazed terra cotta entrance section with a brick auditorium section behind. The front facade is slightly curved. It was originally built as a "deluxe movie palace." :2–3 Reopening on October 12, 1984, the Circle Theatre is home to the Indianapolis Symphony Orchestra. In December 1996, it was renamed the Hilbert Circle Theatre after being endowed by Stephen Hilbert, founder of Conseco, and his wife Tomisue. The theatre holds 1,781 seats and has space for an 87-member ensemble. It is now home to a 3-manual 24-rank Wurlitzer theatre organ. It was the venue for the weightlifting competition at the 1987 Pan American Games, and the NBC talk show Late Night with Jimmy Fallon while taping in Indianapolis for Super Bowl XLVI. (Wikipedia)