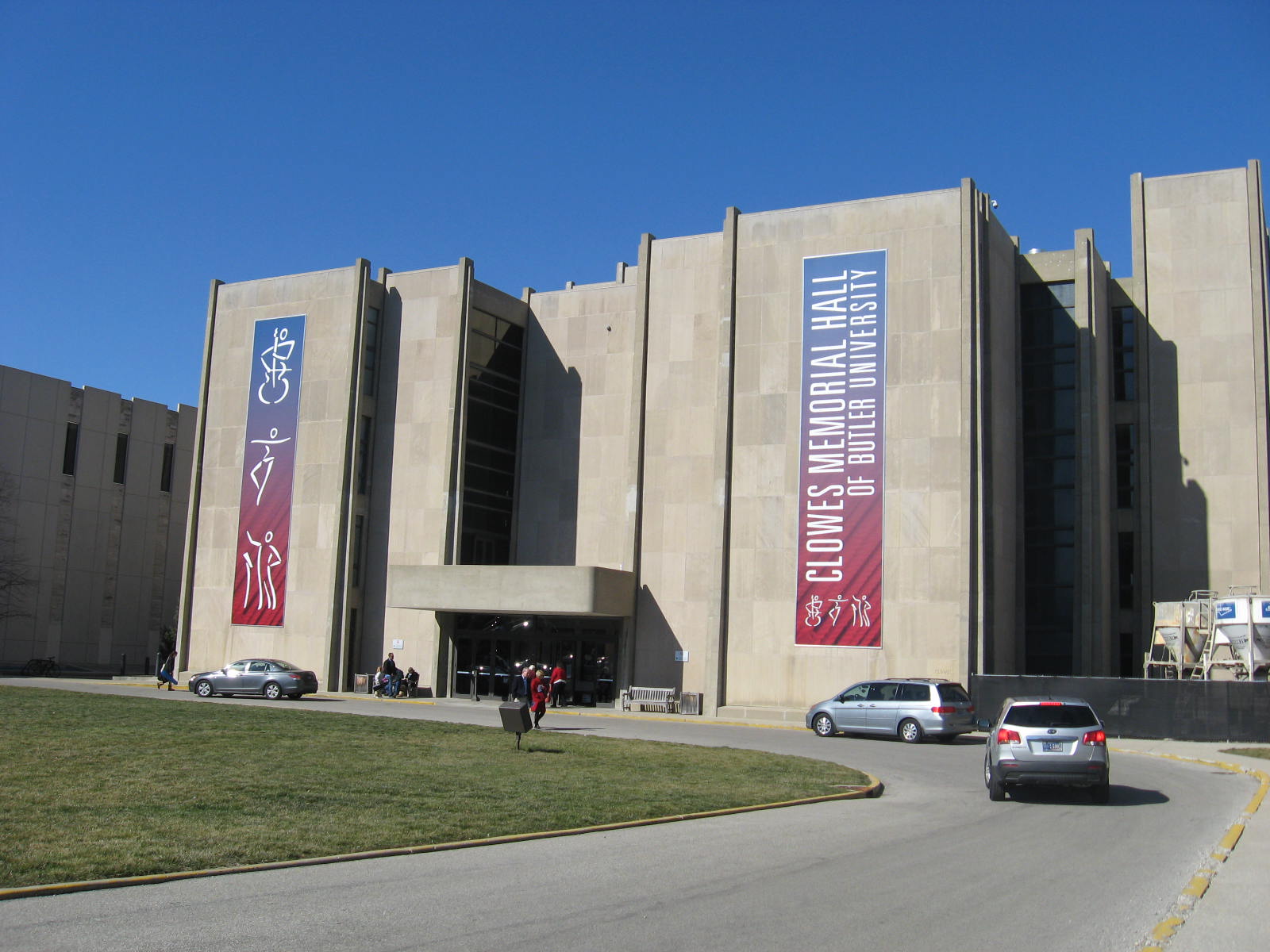 Clowes Memorial Hall, which opened in 1963, was co-designed by noted Indianapolis architect Evans Woollen III, of Woollen, Molzan and Partners, and John M. Johansen, a well-known architect who established his practice in New Canaan, Connecticut. The performing hall is notable for its exposed concrete slabs, which are typical of the Brutalist architecture style. Woollen served as the junior partner in the project, but he was the "driving force behind its design and detail." Since it opened, the architectural community has praised its bold design. (Wikipedia)