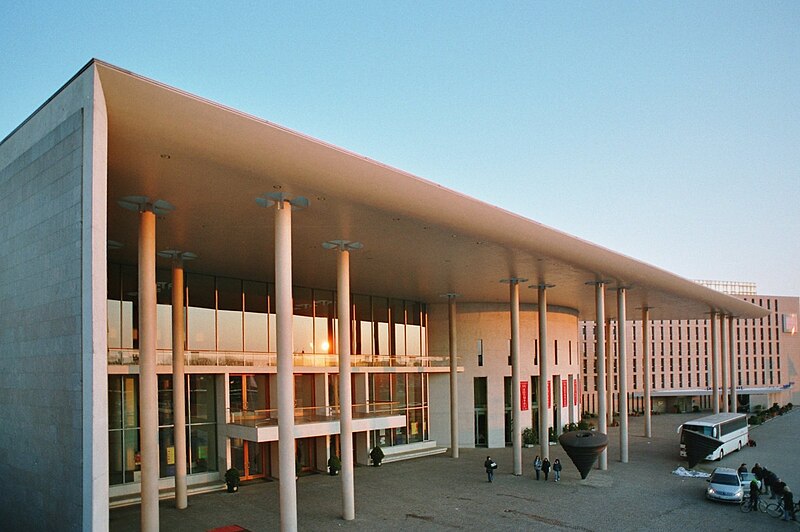 The Freiburg Konzerthaus is a concert hall in Freiburg im Breisgau that was opened to the public in 1996. Based on plans by architect Dietrich Bangert, the building is used for concerts and performances, as well as conventions and meetings. Under the working title "Cultural Event and Conference Location" ('Kultur- und Tagungstätte,' KTS), it was one of the most controversial building projects in Freiburg since the end of World War II. Until 2016, it will serve as the headquarters of the Southwest German Radio Symphony Orchestra. With its multi-use great hall, it serves as a venue for a range of diverse events. (Wikipedia)