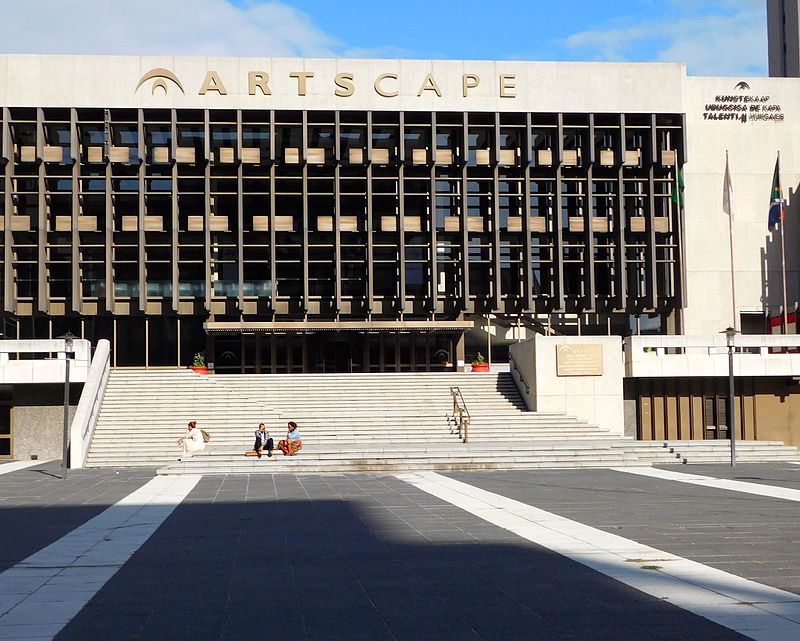 Artscape Theatre Centre (formerly Nico Malan Theatre Centre) is the main performing arts centre in Cape Town, South Africa. It was opened in 1971 and is located on reclaimed land in the Foreshore area. The inaugural performance was scheduled to be Verdi's Aida but illnes struck the title-role singer Emma Renzi and the production was replaced by CAPAB Ballet's Sylvia. Other productions in the opening season were Mozart's Die Zauberflöte in Afrikaans and Puccini's Madama Butterfly. The complex includes: (Wikipedia)